This year my best friend got married. I’ve known him since I was eleven and I was the first person he ever came out to. He loves to tell people that I was “nonchalant” about it, that he was nervous as shit and my response was a little anti-climatic.

I wasn’t just unsuprised because I had thought he was queer for a while, him coming out was an important step for him but it didn’t change anything for me, he was the same person to me. My childhood was far from perfect but one wonderful thing my parents did for me was make sure I was raised with LGBTQ people in my life. Queer people were around me and a regular part of my life, I didn’t expect explanations as to why they were that way, they just were. My mother’s best friend was trans and although as I got older I could see that she did not have an easiest life she was always just a person in my life. She had a different life to mine but she was no less valid or valuable for it. When I say she didn’t have the easiest life, she had abusive relationships, has issues with substance abuse and struggled to keep a job but as a child I didn’t understand that.

Since Stonewall there has been huge positive steps for LGBQ people, my best friend got married this year, in a legal ceremony with both his and the other groom’s family attending and celebrating their love. This has only been a legal possibility since 2013 and an actual fact since March 2014. The LGBQ community has been so accepted that almost every high street chain has a rainbow logo and will participate in pride marches across the UK. Pride marches which were started by POC trans women in the 1960s after being targeted by police in New York. You might have noticed that I am referencing the LGBQ community, I’ve missed out the T because, while I am not ignoring the fact two lesbians were attacked on a night bus last week, the discrimination Trans/non-binary/gender non-conforming people still face is an absolute shame on our country.

Last week I watched Travis Alabanza on Instagram live, where they talked about the lack of pride they felt this month and the conflicting narrative between rainbows and pride celebrations and the fact that Munroe Bergdorf was the victim of an organised TERF campaign to be removed as an ambassador for Child Line.

Child Line provides free and confidential advice to young people, they are a crucial in providing support to young people in the UK on a range of issues like bullying and mental health. They also responded to claims by TERF trolls that Bergdorf was a porn model by removing her as their new ambassador. This happened last week. This happened in June. This happened in June, fifty years after fed up POC Trans women threw bricks at police after suffering discrimination and violence. A black trans women, who was the victim of an online hate campaign, was removed as an ambassador for a charity on the anniversary of trans resistance and the rest of us have done… nothing.

The BBC interviewed her and she received support through her own social media but other than that. Cisgender queers have remained unbothered by it, while posting about how important it is to remember the important role Marsha P. Johnson and Silvia Rivera played in starting this whole thing off in the first place, the irony seems to have been lost on us. I’ve seen ten times as many posts about the Straight Pride Parade in Boston than I have about Bergdorf being targeted AGAIN by TERFS.

I’m white, cisgender and queer. I’ve already stated that my parents and brothers couldn’t have given half a fuck about who I was sexually attracted to. I know if I had told them I was trans they would have been supportive, I am very lucky in that respect. As someone who faces very little discrimination (outside of being heckled in the street or one or two more violent incidents as a teenagers) but the reason I am struggling this month is because the wonderful recognition and acceptance I and other white cis queer people like me have achieved seems to have halted the LGBTQ rights movement. 41% of trans people have experienced hate crime because of their gender identity in the last 12 months and 79% of them don’t report it because of the lack of support from police or fear of further discrimination. The fact they are receiving hate from the LGBQ community and feminists is shameful.

The same discrimination and violence queer people faced in the 60s globally has not changed for trans/gender non-conforming people in the UK. Trans/GNC people are not only discriminated by straight cis people but when they are the rest of the queers don’t give a shit. We happily watch RuPaul or paint rainbows on our faces while a HUGE chunk of our community continues to live in fear. They came out in force for us and now we are safe we’re just leaving them to fight for themselves. 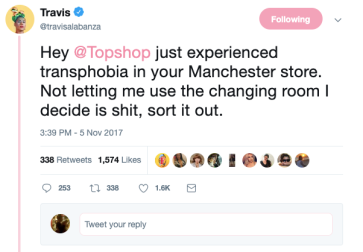 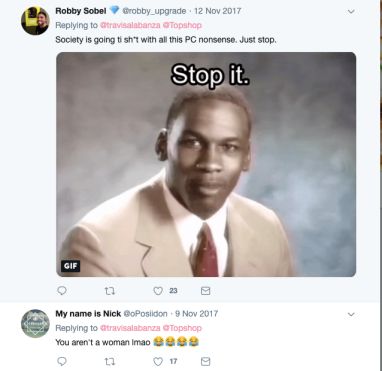 SO what does this lengthy rant have to do with self-care you ask? Well pride has had me thinking about self-care and what it means. Self-care is packaged as a good chat with a friend, indulging in a hot yoga class or walk in a park but we don’t consider that for many in the LGBTQ community (especially trans people) self-care would be avoiding a yoga class because they will be at best given shady glances or that going outside has to be tactically planned in order to avoid being attacked or worse. So, this month I am not interested in self-care I am interested in community care. How can I as a cis white queer person, other queer people and heterosexual people care and support the most marginalised members of the LGBTQ community.

Our job is to amplify the voices of those facing the worst discrimination, it is not to tell them how to be safer but tell other cis people to respect and protect their bodies and voices. I know we all go through a shed load of shit, being cis and white isn’t always a golden ticket to a great life but it is far easier to exist as a cis white person. So what can you do, regardless of where you fall on the spectrum of gender and sexuality

It isn’t trans/GNC people’s job to explain their existence to you. If you are lucky enough to find yourself in a room with a trans/GNC person just chat to them like you would anyone else. If you aren’t sure which pronoun to use then you can ask that, don’t make a big deal out of it, ask and then utilise that knowledge. Treat them like the regular people they are, even if they may look more fabulous than other people. If you do have questions then have that conversation with google. Do research in your own time, reddit is a fountain of knowledge – use it. Or you can look on websites like Mermaids, they have all sorts of info

Follow them on social media, show them love, support their creativity, make sure your workplace is inclusive and has protective measures for trans people and don’t stay silent when you hear or see transphobia.

If you call yourself a feminist then make sure you educate yourself on intersectional, inclusive feminism, don’t let TERFS convince you that trans/GNC women are somehow going to damage feminism. They aren’t.

Make some noise about Trans rights, it is much less risky for cis people to do this than it is for trans people. In order for change to happen people outside of the LGBTQ community need to demand change too. Join Stonewall’s Trans Equality Campaign

3. Ask yourself what your problem is

I don’t know if anyone reading this is transphobic but in the off chance you are… Before you leave a shitty comment, shout at someone in the street or make some derogatory statement, ask yourself why it bothers you?

Trans people aren’t forcing themselves on you, they aren’t stalking you, they aren’t bullying you online, they aren’t kidnapping you and making you hang out with them. Most changing rooms and bathrooms have individual cubicles, why is it such a big deal that they go into one next to you?

They are asking for the same basic rights and human decency that everyone else has. Ask yourself why you think one group of people deserve to be attacked in the street, fired from their jobs and basically live in fear.

why do you hate them?

Writing about all things mental health and well-being. View all posts by seonaidwm